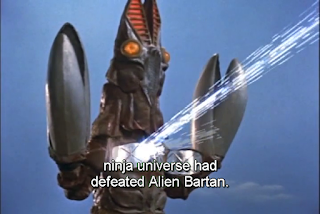 This alien species is the bane of the Ultras existence.  First appearing in the original Ultraman series, the lobster like Baltan have appeared in many more series.  Some appearances have been more impressive than others.  They even have cute baby Baltan that appear to be friendly.  They are constantly trying to take over the Earth, and it is an ideal planet for them.  They always get defeated, though.  Once would think eventually they would find a different planet to live on, but they seem rather single minded.
there's more...
Posted by xenorama at 10:12 AM No comments: 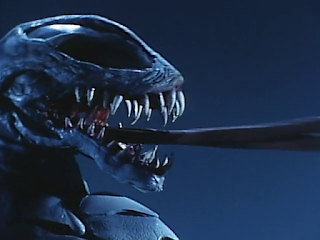 This is a monster from Chojin Sentai Jetman (1991).  I think they might have been inspired by some other movie, though it's not nearly as detailed.

Posted by xenorama at 4:14 PM No comments:

Email ThisBlogThis!Share to TwitterShare to FacebookShare to Pinterest
Labels: sentai 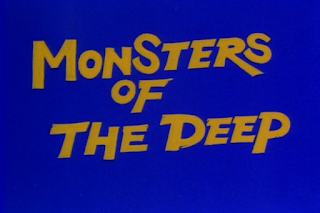 Every once in a while I like to post about Marine Boy, which was the reason I started this blog in the first place.  This is my favorite episode, mostly because it has several giant monsters monsters in it.  Superheroes and monsters?  I loved it!  It also helped that Channel 20 WDCA aired this episode twice in a row, which embedded it in my mind.  This happened with The Nightmare Narcissus episode with Kimba the White Lion as well, though I don't think it was two days in a row.  At the time, I was annoyed because I wanted to see different episodes, but I am glad I saw them more than once now.
there's more...
Posted by xenorama at 6:44 PM No comments: 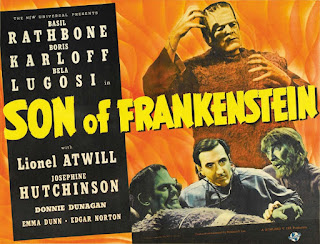 Baron Wolf von Frankenstein returns to the family home to "reclaim" the name of Frankenstein.  He brings along his wife and young child (who was raised in Texas, apparently).  He runs into Ygor, who wants him to revive the monster.  Naturally, ol' Wolf can't resist, and the expected chaos happens.

I had seen most of the Universal monster movies growing up numerous times, but this one was only showed once, as far as I remember.  None of them were really shown in order, but at some point I had realized what those numbers after the movie meant- the year it was released.  So I could piece together a chronology.  Not that any of these movies had a strict chronology, but they did at least follow general timeline and sometimes had repeating characters. 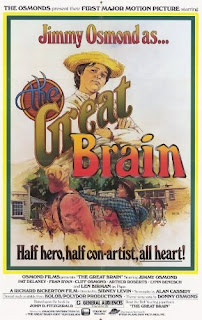 I saw this movie for the first time in the theater in 1978.  My brother Eric and I had read all seven books several times before seeing the movie, so we were kind of experts on the subject.  The movie was adapted from the first two books or so, which makes it a bit disjointed as it jumps around various story lines.  It's well enough acted, but seeing Jimmy Osmond as Tom Dennis, AKA the titular Great Brain was a bit of a stretch, though he does an admirable job.  That squeaky clean Osmond image does him no favors, as Tom regularly skirts a fine line of criminal activity.  We all knew why Jimmy was cast as the lead in the movie, what with it being shot in Utah.  The rest of the cast is largely unknown, but decent enough actors.
there's more...
Posted by xenorama at 3:23 PM No comments:

I have never seen this trailer before.  It's pretty great.  This is the last time Karloff ever played the Monster.  A lot of Young Frankenstein came from this movie.  It is pretty amazing to think that it took Universal four years to bring this sequel to life.  It's good, but definitely a step down from the previous two movies.

Posted by xenorama at 2:16 PM No comments: 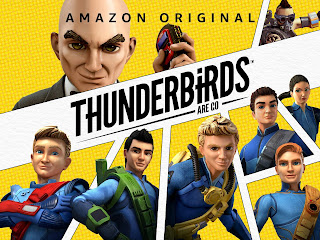 When I first heard about this series I was rather skeptical about the whole thing.  Thunderbirds is a classic series, really well done with amazing models and puppetry.  The cast was excellent with great scripts.  It was also very much a product of it's time, which is an integral part of the charm of the show.  The unwatchable movie version in 2004 didn't help matters at all.  However, once I started watching it I was pleasantly surprised.  It's a fun show, and worthy of the name Thunderbirds. 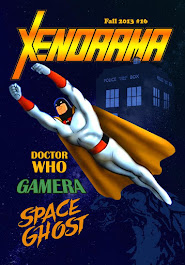